skip to main | skip to sidebar

The beginning and the end

Two of the last paintings to be completed were the Hemlock Stone and Mam Tor, the largest paintings in the series, reflecting their importance as the designated extremities of the Portway. 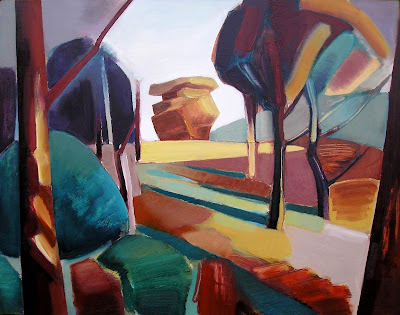 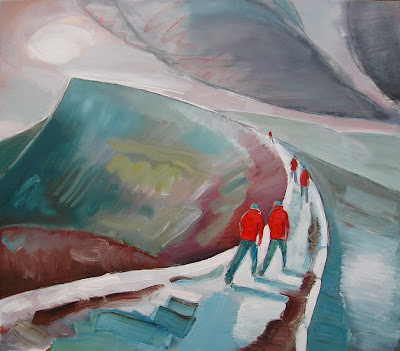 Described in Henry Sutton's wonderfully Victorian poem, there is a legendary link between Castleton near Mam Tor and the Hemlock Stone:

'............What convulsion made
Thy red neck rear itself so haughtily
Above these fields? What tempest sculptured thee?
What demon hurled thee here, a lonely rock?'

Folklore tells that the Hemlock Stone was ripped and hurled from the mouth of Peak Cavern, Castleton, by the devil: an attractively neat tale to encompass the Portway.
Posted by Lindsey Hambleton at 13:39